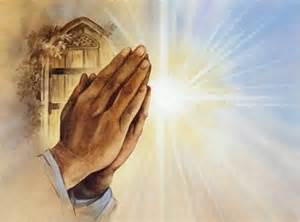 People who do it regularly rather than just occasionally, can be somewhat fanatical about it, will adamantly claim that it is altogether an indispensable part of the human condition, as much an integral part of human nature as family or the need for social interaction and acceptance. It will never go away.
Of course I’m talking about bowling…. 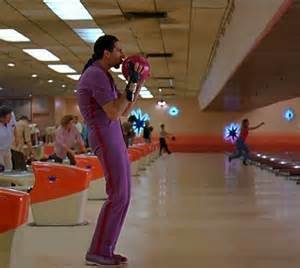 15% of the US population may bowl at any given time, most likely the rest of the world doesn’t bowl near as much, some countries maybe more, but most folks prolly a lot less, the effort of finding exact numbers isn’t worth it here.
So lets do some back of the envelope estimates and comparisons instead shall we?
If 15% of the world bowled, that would be roughly equivalent to the slightly over 1 billion Muslims in the world, many of whom who certainly believe their faith as practiced is absolutely indispensable to a proper human life.
In fact many of them and the dictates of their particular Islamic sect openly would prefer and may hope to bring about imposition of Islamic custom and law over the entire globe. Sharia to them would solve all of their and all of the worlds problems.

Some of the Shi’a for example believe this ritual flagellation done during the day of Ashura in remembrance of the murder of Husayn ibn Ali by fellow Muslims competing for the control of Islam after the death of the prophet Muhammed is perfectly normal and an integral part of their lives and there is certainly nothing strange or barbaric about it to them. They are emotionally invested in this as a matter of their intense upbringing within their form of Islam. Other Muslims, members of other religions and non-believers of course find this practice utterly foreign and unnecessary and will never partake, despite how much it means to the Shi’a.

For another interesting comparison, if only 2% of the world’s population bowls, that number might be more similar to the approximately 280 million Xians who identify as Pentecostals and who indulge in their own unique rituals: 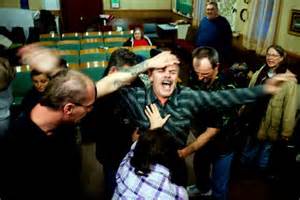 Speaking in tongues and handling snakes and such seems pretty far out to most of us, at least as unnecessary and nonsensical as the Shi’as ritual emotional frenzy and mutilations over someone who was killed in a religico-political struggle nearly 1,500 years ago. And I’d wager that both the Shi’as and Pentecostals are equally sure they got it down, that what they do is unquestionably holy, totally sacred and that what each other does is completely insane and blasphemous.
This is what religions do to people. This is not good.

And I wonder how many of the Pentecostals know that the first mention of speaking in tongues is in the writings of Paul and is open to quite a few interpretations. The key passages that include snake handling and drinking of poisons to no harm are found in the Gospel ascribed to Mark (no-one knows who wrote it) and only in later manuscripts, in Mark 16, verses 15-18. The earliest manuscripts of Mark, the first Gospel written a decade or more before Luke and Acts refer to speaking in tongues again, also with more than a little ambiguity, end at 16:8 “and they told no-one.” No tongues, no snakes, no poisons. That was all added later along with other details from the later Gospels to make Mark more in line with them. But to the Pentecostals brought up in that tradition, they are as certain of what they do as any Shi’a Muslim is of their practices.
Imagine if someone told you…
“Hey you need to do this, this is really important to your life, in fact completely necessary to secure the ultimate fate of your eternal soul…”
“Now hold this snake and repeat after me“: 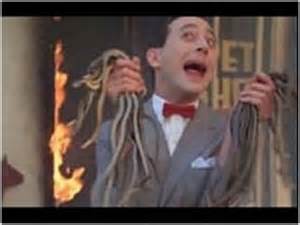 “No really its all true, read this book here…”
Really who wrote it?
“Dunno.”
You don’t know who wrote it?
“Nope, and make sure you read this version because not all of them include the snakes and tongues part.”
Really?

Religion is just like bowling; unless you were brought up to think it was really really keen, you’d never do it. The bowling alley is no more or less sacred than someone else’s church, mosque, temple, sweatlodge, or shrine is to you if you weren’t brought up in that particular faith. And like bowling if you get some social needs fulfilled from it and otherwise keep it to yourself, groovy.
But unlike bowling religion is delusional, divisive, repressive, occasionally ridiculous (see examples above) often violent.
So go bowling next Sunday and have a good time. Its just another silly human affectation that has no external validity beyond making you feel engaged or enraged, maybe even good. And it sure is a lot less harmful. 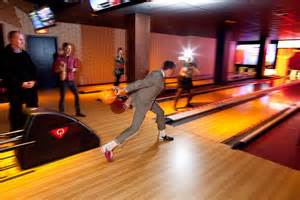