Thomas Jefferson. When he and John Adams met with the ambassador of the Barbary Coast (today’s Morocco, Algeria, Libya and Tunisia) in 1785 to inquire as to why this Muslim country was seizing US merchant ships, confiscating all goods and enslaving their sailors, the ambassador Abd al-Rahman clearly stated his country’s reasons which Jefferson duly reported:
“Islam was founded on the Laws of the Prophet, that it was written in their Koran, that all nations who have not answered their authority were sinners, that it was their right and duty to make war upon them wherever they could be found, and to make slaves of all they could take as prisoners, and that every Mussulman (Muslim) who should be slain in battle was sure to got to Paradise”

Sound familiar?
When modern day detractors of religion such as Sam Harris, Bill Maher, Richard Dawkins and others point out the same inconvenient truths contained in Islam, far-left commentators are quick to claim “Islamophobia” and racism. It appears Jefferson’s opinion of Muslims in general despite his involvement in the Barbary Wars was one of reasoned consideration: that a people and their religion could be separate. One could be a Muslim and not follow the religion to the letter. Being a Muslim would not automatically make you a slave taking pirate. This rather enlightened and non-racist view of Jefferson’s, which is shared by Harris, Dawkins and Maher despite the disingenuous claims of those on the far left, can be found in an intriguing article in the current edition of American Atheist magazine (3rd quarter 2015) entitled: “Thomas Jefferson’s Struggle with Islamic Brutality” (not available online). One can easily access much of the information contained in the article such as the above quotation starting with the Wiki on the First Barbary War and its references.

It never ceases to amaze me that even when ex-Muslims themselves call out the Koran and hadith as providing clear justification for the past and current Islamist violence, they are labeled Islamophobes and racists as well. See my previous blog on Sarah Haider on Islamophobia for a timely and insightful example.

Islam is unique in calling for enslavement of others, emulating the Prophet’s perfect actions in toto, jihad against unbelievers, establishment of the caliphate and sharia law for the entire world, approval and recommendation of FGM, and an unparalleled level of misogyny. Many religions have their remaining level of misogyny and other negative aspects, but none have this complete toxic mix nor to the extent that we see in Islam and thereby do not foster the global terrorism unique to this religion we are experiencing today.

Sam Harris and Maajid Nawaz discuss Islam’s unique problems and outline a viable path and a clear call for reformation of Islam in their recently published book: 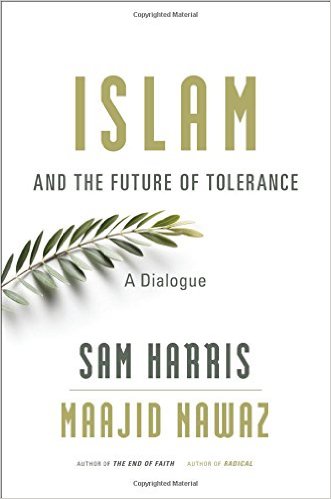 An excellent summary of the book is presented by the coauthors in this 25 minute interview with Sam and Maajid on ABC Australia:

As Sam notes, emulating the prophet is following a warlord, who is a combined religious and political leader. Emulating the Buddha would require not jihad and world rule but a non-violent contemplative life. Emulating Jesus would not entail establishing the caliphate and marrying a nine year old but turning the other cheek. Xianity has a violent past as ugly in its own unique way (Inquisition anyone?) as Islamism is today, but having undergone a reformation and being encapsulated within mostly enlightened democratic cultures there is a realization by most of the faithful that a significant portion of Bible verses are remnants of a primitive time and place and are not to be followed unquestionably. Secularists of course know all Bible verses are of mythological origin and are not a guide to anyone’s life. Islam as Harris points out is now in the first throes of its “clash with modernity.” It’s about time.

Like Muhammed Syed has also recently emphasized, reform IS possible and there ARE a growing number of ex-Muslims speaking out for its immediate inception. Significantly, there are specific pathways for reform of Islam proposed in Nawaz and Harris’ joint publication and previously by Aayan Hirsi Ali, outlined in her recent book as well: 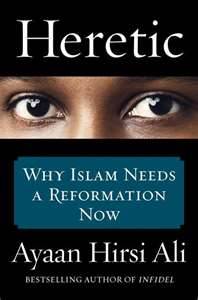 Difficult, not impossible. And it must start now. It is starting now.
And the first step is being honest, up front, calling out Islam for what it is as we do daily in criticizing the primitive idiocies and cruelties of Xianity. Which makes no-one a Xianophobe either.
And we need to be as clear as Jefferson was in bluntly stating the facts of both those religions without hesitation 230 years ago.

I’ll take whatever reform we can get until they are gone.