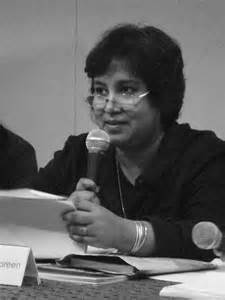 This excellent article by Taslima Nasreen tells it straight about the causes of Islamic terrorism:
Stop Saying Islam is a Religion of Peace.

It is a short article of her brief observations and tweets about Islam in the wake of the Bangladesh bombing.
Do read the comments, which are well over 3,000. The word on Islam is getting out.
AND now the Baghdad 7/3 bombing is well over 200 dead, in fact just a few short of 300 people destroyed with hundreds more injured: burned, maimed, for life. They’re getting better at it…

It will be harder and harder for the Regressive Left, the apologists and the politicians to stay the course that Islam is really peaceful in light of this continual attack on fellow Muslims that aren’t doing Islam right… and attacks not by oppressed, poor, uneducated, reactionary, people, exploited and downtrodden, but as with 9/11, by educated, privileged, Muslims schooled in technology and much modern knowledge, but also indoctrinated in religion, the religion of domination, separation and violence: Islam.

The comments to her article are particularly telling. Many are no longer buying the “peaceful religion hijacked by extremists” narrative anymore.

The politicians aren’t stupid. They aren’t blind. They merely reflect their constituency, the MAJORITY opinion of their constituency, regardless of whether that opinion is pure bollocks or not. Hillary Clinton has already moved from the left and started to talk plainly about Islam. They do know better. And as public opinion changes and becomes aware, they change too. They know that can’t keep up the appearances on behalf of diplomacy with the leaders of Muslim countries much longer. A sea-change is coming and it will be the undoing of Islam. The whole world is going to face up to reality with attack after attack when no-one is safe: Muslims or non-Muslims. It doesn’t matter. Not doing Islam right is as bad or worse than being a damnable atheist or infidel of another religion…or gay. 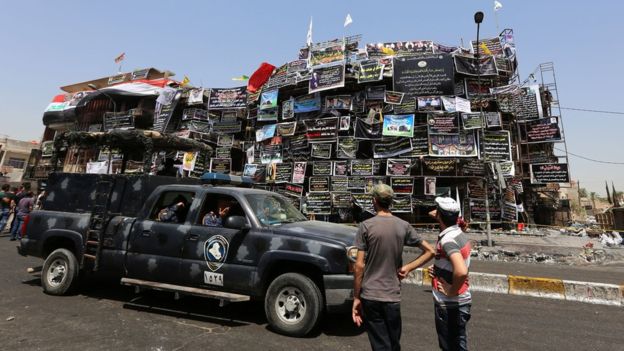 Islam has a huge problem and it is becoming impossible to deny. That’s Taslima’s message.
After years of her, other ex-Muslims and folks like Sam Harris and others going against the grain in society that says we must cater to the unquestioned meme that “religions at bottom must be good,” speaking out that Islam has a unique set of factors that make it more dangerous today than any other religion on the planet, the message is finally starting to sink in to more and more of the world’s populace. The politicians come along next. And we are already starting to see it.

The entire world is starting to experience what folks in Muslim countries have been living under for years.

Yahoo News opening page is known for its mix of political headlines, science reporting, world affairs, religion and sports mixed in with celebrity gossip, conspiracy theories and promotion of woo.
I purposely peruse it daily to see what looks good, is truly informative,and that which downright flaky and pure bullshit.
Despite the content ranging from straight reporting to National Enquirer levels of blatant fabrication, I get a snapshot of what the US public is exposed to.
Along with the obsessive coverage of the Donald, and the Pope, there is a smattering of good science reports and education on religion. This short clip Shi’a vs. Sunni does a nice quick job of explaining the origin of the sectarian violence raging across all Muslim countries.

Taslima and all the other ex-Muslims and Sam Harris and now more and more of the public understand the fact of the matter. Islam has a huge problem. It is unique among religions in having a violent warlord for its unquestionable leader. The Prophet was in no way peaceful and the writings of the religion provide more examples per page than any other calling for violence to gays, apostates, infidels, fellow Muslims that are not understood as primitive commands from a bygone age, but directives for all time to preserve the perfect, the only, religion of the only god as delivered by his Prophet.

The world now has an uglier problem on its hands than the ridiculous delusions and repressions of most religions. It has one that has been fomenting horrific violence all across the Muslim world for a couple of decades, which now engulfs the entire globe. The targets are in any city, anytime. Fellow muslims doing it wrong mostly still, but the numbers of victims outside the faith, the kafir, the infidels of the modern world that threaten to pollute the perfect religion of the perfect Prophet are multiplying exponentially.

end religion now. And this one must go first.