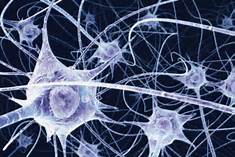 Neurons in your brain.
There’s more than just a couple of them, all hooked together.
Here’s a little exercise that may help us get a grip on just how many there are and how incredibly complex the connections inside your head really are.
60 seconds x 60 minutes in an hour = 3,600seconds in an hour x 24 = 86,400 seconds per day x 365 = 31,536,000 seconds in a year.
If you counted one neuron in the human brain every second for an entire year, you’d count over 30 million of our brain’s neurons!
But you would still have a bit to go, as current estimates of our neurons run at around 85 billion, so you would have another 2,700 years or so to count to reach 85 billion!!!
Think about it.
It is so hard to wrap our heads around big numbers. We can’t visualize even a million of anything very well. Hundreds or thousands seem understandable, but once you realize there are over 30 million seconds in but one year and your brain has neurons thousands of times that figure….
Just shy of 3,000 years of 1,2,3,4… to count all your neurons.

And it would take you nearly that long to count each one of Bill Gates’ 75 billion dollars as well, give or take a few hundred years. He shares the “richest man in the world” title with a couple other billionaires every other year or so. That’s a lot of moola,yes? And for another fun factoid: He is donating 98% of his wealth to the charitable foundation he and his wife started. And he will still have a few billion left. Now, back to our brains. 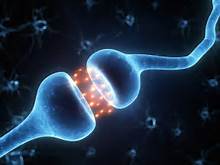 Synapse
Each neuron butts up against thousands of other neurons in kabillions of connections known as synapses like the one depicted above. Consider this, every neuron in your brain, with a minimum of 1,000 synapse connections each, give us another 3 orders of magnitude or at least a 1,000 times more connections than our total neurons of 85 billion…from 85 x 10-9th, to 85 trillion or 85 X 10-12th
SO to count ALL our connections we would need to count for that 3,000 years, a thousand more times! Yikes! SO to count all those connections, yup…you guessed it, it would take in the neighborhood of 3 million years!!!

That was one synapse above, just a few dozen neurons all interconnected looks more like this: 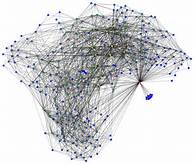 You can’t even start to visualize billions, all connected to each other thousands of times….

And all this is packed into the 3 lbs of jello-like neural tissue crammed and curled inside your skull: 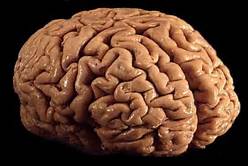 Let’s try another little illustration on for size to get a handle on the incredible amount of neurons and connections in your brain. With 350 words per page in the average book, each with about 4 letters per word, gives us about 1,400 letters per page. If every letter was one of your neurons, you would need 60 million pages…the average book has 300 pages so your neurons alone would fill 200,000 books.
And yes, you guessed it, 200 million books would be needed for each letter to stand for the synaptic connections in your brain. How ’bout it?

There is a whole literature in philosophy and science that talks incessantly of the unfathomable mysteries of the human brain, in particular human consciousness and how it seems so impossible that mere matter, these tiny whisps of neuroplasm could somehow produce our thoughts, feelings, and sense of self. Truly, it is a complex and formidable issue to consider. But the phenomenal complexity of the human brain which we are just barely delineating and only scratching the surface of understanding, may well be up to the task.

This brief glimpse of our brain’s fantastic complexity, which I tried to give you here, is only at the most superficial of levels of brain operation. The organization, function, firing patterns, coordination, reciprocal connections, feedback, and myriad of processes are each currently only at a rudimentary level of being explained. This much complexity may well be up to the task. We haven’t even counted them all yet, the 85 billion number is the latest refined estimate. Decades more of imaging and mapping of neurons and their connections, will surely tell us a lot more about how our very selves emerge from this marvelous complexity.