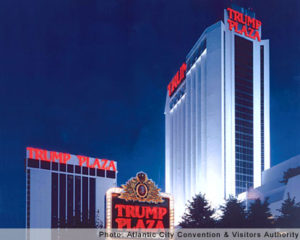 This is an essay without links to references. OK, I lied. There is one, and its about Trump’s most current list of lies. Well, actually there’s 3. There, I lied again.
I just wanted to see what it felt like to be Trump for just one moment. He fills up his day with blatant contradictions, outright false statements with nary a care, and he has been at it for years. Now that he is in the most powerful office in the world and his every word is logged in and kept on file, we can see what hundreds of lawyers and judges involved in Trump’s 3,500-plus lawsuits in 40 years, have seen all along. Pathological liar hardly describes the scumbag that is Donald Trump.

I wanted to comment on the flow of things in the US lately in this essay, and it wasn’t going to be all about Trump, but it ended up that way. I read the headline articles from Yahoo News every day, then a news service from overseas with a bit more international flavor and perspective, mostly from the Guardian UK, the Washington Post, LA and NY Times, and other news services. I peruse the USA Today at lunch daily and catch a Chicago Sun-Times and/or a Chicago Tribune at least once a week on weekends, follow 513.com (the survey/political analysis site) weekly, and pickup a New York Times at Starbucks once or twice a week.
I don’t watch any TV at all, except hockey games. I get the feeds from the major networks (ABC, NBC, CBS) and the cable folks at CNN, MSNBC, and the news services such as AP, Reuters, and the like all thru Yahoo mostly…yes, ALL the “enemies of the people.”

I will read a Fox News headline that doesn’t blatantly read like a NY POST, or National Enquirer blurb. If it looks like straight reporting and not continued Obama bashing, or the usual angry, sensational, claim, then I’ll check it out. It isn’t all that often.
Fucking Conservatives folks sure are an angry group of motherfuckers, ain’t they?
Change, progress, science, tend to make them more than a little irritated.
“ 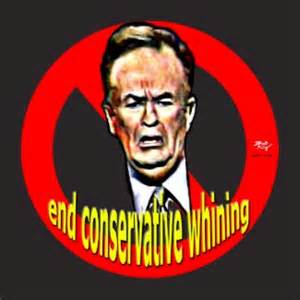 Breitbart, Fox, and especially InfoWars are the real and steady sources of fake news that our current administration then repeats so gushingly as true. Trump and his team, are, in less than 100 days, already notorious for being the real purveyors of alternative facts. It is truly amazing. I shouldn’t be surprised, no-one should really. The Trumpster spelled it all out in his book, “The Art of the Deal”. He purposely engages in what he calls “truthful hyperbole.” It’s just his pet word for “bullshit” and like the con, he is a master at it. 40 years of practice. He makes up whatever the fuck he wants and proposes it as fact as casually, offhandedly, sincerely as he can, and always is gonna give you the evidence for it at a later time…that never comes. The article I linked at the top of this post lays out just 10 of his most recent prevarications, confabulations, bald-faced lies…like I said, bullshit.

As I’m writing this, I come across an article on Yahoo News on my smartphone: AP Fact Check: President Trump’s flip-flops flub the facts, while waiting in line at Chipotle. I took the 45 seconds or so of dead time before I order, put in the password on my 5 year out of date iphone 5, and voila! Instant information in the palm of my hand. This is what will kill Trump, and religion, and climate change denial or any science denial. Information. The subtitle of my book is “Information Kills Religion” for a reason. Religions are repositories of old, mostly out of date, just plain bad, wrong ideas. The more real info the population is exposed to, the harder it is to buy old nonsense.
Trump’s prevarication method is under scrutiny like never before in his nefarious career. Maybe our technology can save us; the Net, and this thing in our hands, smartphones, in 3-5 billion hands by current estimates. The information gets out. And the bad ideas get beat, eventually. Remember the tobacco lobby blowing smoke, denying the real dangers of smoking? They lost. Hugely. The tide of information killed them. Everybody knows better, it is history. The sooner Trump and his bullshit is history, the better.

An exhaustive NY Times article on the self-made disaster of Trump’s Atlantic City Casino/Hotels just exemplifies Trump’s scamming, screwing investors, and claiming success when there is none. He put himself out of business by buying/building 3 casinos right down the street from one another, drawing enough business from each, that none ever made money. Some shrewd businessman, eh? He paid too much, then went way too much in debt, so that it was impossible to ever turn a profit, even if he hadn’t overbuilt and pushed himself out of business even faster. When Atlantic City was still viable, other casinos grew and made money, while he didn’t. So much for Trump the great deal maker, the successful businessman. 4 bankruptcies later and the whole thing was closed down, sold off, liquidated and yet he still claims success due to all the money he pulled out in salaries, fees, licensing deals, or payments for his helicopter, or Trump water, and the like. So he was so shrewd, conning his investors and board to let him take out millions. And he fucked suppliers out of millions as well. What a guy, huh? This is our President. And, he owes millions in unpaid real estate taxes, leaving dozens of municipalities holding the bag, fucked for letting a Trump deal in their town. It was gonna be SO HUGE, and it was, in debt for unsuspecting citizens. This is the guy y’all elected.

But he still lost a huge stake in Atlantic City with his minority ownership, and more important, in undisclosed payments from all the lawsuits he settled privately. No-one will ever know what he really lost on that end while he pulled out millions up front. Wanna be he lost his ass and his supposed successful “truthful hyperbole” bullshit approach costs him millions? Maybe millions more than all he took out from his investors funds. Complete asshole. No remorse, no apology, and a delusional view of it…yup, true sociopath/psychopath. And he’s in the White House.
As the article at the top from Robert Reich says “You bought it.” So many bought the con. 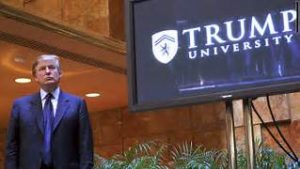 Unlike the recent, publicly reported $25 million settlement on the Trump University lawsuit, we don’t know what millions he paid out privately on settlements associated with the Atlantic City fiasco. Remember too, he also said during the campaign for the Presidency, in reference to the Trump U. lawsuit: “I never settle.” This was already a bald-faced lie by that time. But so few knew it, certainly not most of his supporters. But it is almost impossible for them not to know of it now, or of the never-ending list of lies, outright made-up bullshit, he and his team serve up to the world on a daily basis.

The comments to the steady stream of stories about the latest Trump mischief I’ve been reading for over 3 months now, have turned more and more against the conman that is our president. The whole world, and even his supporters, are catching on to the depth of his disregard for reality, for burning through other people’s money. He doesn’t care what he says, ever. He doesn’t give his words a second thought, never worries about what he may have claimed or promised, and will contradict himself with absolutely no remorse or remembrance of what he may have said previously. So what do we do with a conman for a President, that bullshits for a living and has had enough money to indulge in his pathology for over 40 years?
How do we impeach the bastard before he does something really dangerous?

At the moment, Trump is engaging in an escalating pissing contest with the other psychotic overblown ego on the planet: Kim Jong Il. They are truly the worst of what the world has to offer right now. They make Putin look like a dedicated public service politician (almost). It is true neither are on a par with the genocidal maniacs of the past: Hitler, Stalin or Mao, but their testosterone driven posturing could develop into a world disaster. This kind of ego clash led to both World Wars. Since 1945 with the conversion of most of the world’s nations to some sort of democracy, we only have a few dictators left like Kim Jong who could bluster their way into war. Trump, hopefully will have enough cool heads around to contain him; in the military, the legislature, and even among his own increasingly more moderate advisors. Hopefully they will keep his knee jerk reactions confined to 3AM tweets.

So like I said, I didn’t start out to write about Trump, but like religion, I guess I cant look away until they both go away.