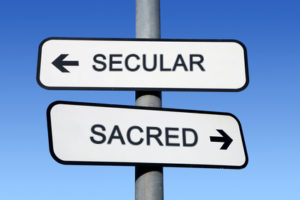 Jase Heap of The Untied Coalition of Reason reports that 367 out 1,041 incoming freshmen at American University in Wash DC identify as a “None” of some kind. “Nones” of course are irreligious, (No Religious Affiliation) either outright atheist, agnostic, opposed to religion, or at very least indifferent to it. Thats about 36% of the new crop of students. I’ve been seeing those sort of numbers for 5 years or more in the informal surveys of the 100-200 students I might teach any given semester. American University is evidently Methodist in founding and accordingly has a very liberal view to all faiths, including lack thereof.
The University Chaplain stated their position on religious belief thusly:
“The reason we make space for different kinds of religious (and non-religious or non-theistic) expression, different creeds, different worldviews, is because it is part of our DNA, as it were, to do so. American University values the right of students to express their sincerely-held beliefs because doing so is a manifestation of that open and honest inquiry that we value and another way in which the university affirms its commitment to the human dignity of all.”

I guess since he’s in DC he could fill Trump in on different worldviews being the American Way.

So the youth of America continue to drift away from religious thinking…aint that just fucking special!! With Trumpsterism and his Conservative backlash dominating our daily news cycle it is heartening once again to see all that is happening underneath the angry-old-white-religious-people’s latest bitch or attempts to legislate their dinosaur views onto the rest of us, whether we agree with them or not. All because they think they have the higher moral ground on patriotism, morality, drug use, you name it.
So it goes.

In a wholly unrelated piece I came across in my randomized reading path, the NY Times reported recently that over 60% of the young today are getting the HPV vaccine that guards against cervical cancer. The 2016 numbers have doubled in roughly a decade, despite staunch opposition from the Catholic Church, and varying degrees of discouragement from other Xian organizations here in good ole ‘Murica.
Progress happens whether the religious like it or not.
For an excellent review of the history of the controversy with the American Churches against HPV vaccination see this XCLNT POST from the skepticalraptor. They are losing the battle with the American youth who are too well connected with the real information regarding vaccines and HPV infection and cervical cancer to buy the Xian churches efforts to dissuade them from getting vaccinated. The churches reasoning all comes back to repressive, moralistic ideas about sexual practice, which the youth of today don’t buy either. 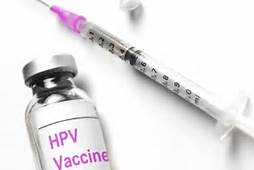 From the post:
“Gardasil is safe. Gardasil blocks infection from HPV, which causes a variety of cancers. Gardasil saves lives. And outdated and absurd religious beliefs ought to stay out of the medical decision process.”

From the blogger himself:
“Although I rarely state it on these pages, I am an atheist. As a scientist, I’ve examined the evidence for a god (any god), and found it lacking. I think religion, especially in the USA, can be dangerous. Religious fundamentalism is behind the attack on teaching of real science, such as evolution and global warming. “

I couldn’t agree more and applaud his efforts to refute religious nonsense that denies scientific knowledge, i.e., reality, on whatever front: evolution, vaccination, climate change, what have you. Bravo.

So despite our divisive headlines grabbing, conman-in-the-White House and his Conservative religious base ranting about everything, and desperately trying to turn back the hands of time, the world is changing right under their noses. Conservatives lose in the end as minds change. Reality has a way of dispelling wrong-headed, mostly old ideas. But it takes information, accessible to all. It takes time, and the conservative, mostly religious types, retard progress unnecessarily and harmfully in the meantime… but only for a time.
It took less than 10 years for the majority of American youth to decide the Xian Churches were full of it and accept HPV vaccination (they hade already discarded religious ideals of sexuality and sexual practice), and its been just over a decade since the New Enlightenment took off as well, with the rise of the secular viewpoint, critique and rejection of religion and the accompanying rise of the “Nones.” Things are moving fast despite Trump and his cronies. When his generation dies off and takes their repressive, unscientific ideas with them, I suspect we will see a radical change in the wider culture. We are seeing so much of it already: gay marriage, marijuana legalization, pushback against lingering racism…its allgood.

end religion now.
We could solve problems that much quicker with rational thinking and compassion than outmoded ideas proclaimed by phony authorities.