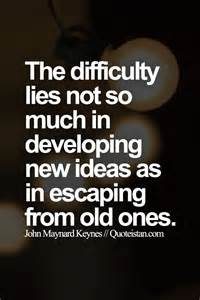 We are a recalcitrant species. Stubbornness, when manifested as stick-to-it-iveness, is a hallmark of our very human tenacity and cleverness to adapt to almost any environment on earth. In the last 40,000 years we figured out how to live at the Ice Age margins in Europe, we made it to Australia, wandered all the way across Asia to learn to live in Siberia, and then marched into the New World, populating all of it, from the Arctic Circle to the very tip of South America in a few thousand years. Quite a hike, quite a diversity of environments and animals. We are as resilient as mold, and cockroaches, which we brought with us, along with lice, and rats, everywhere.
And at times we can be just as disgusting as any of these critters…but that’s another essay. 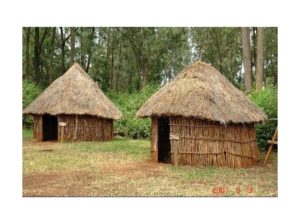 We learned how to live in huts in jungles in the equatorial heat, and in igloos in the screaming cold of the far north. We failed to establish a beachhead on only one continent, not just because there is no beach there, but because it is one of the most remote to get to and harshest to even consider living on without benefit of hi-tech modern shelter…Antarctica. 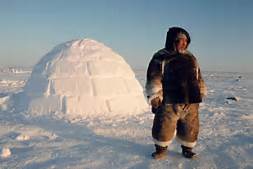 Be that as it may, we humans can be mighty boneheaded and refuse to give up on our ideas. When its problem-solving to figure out how to survive in a new and un-wlecoming environment, or with our insatiable modern quest of the last 2 centuries, figuring out how our world really works through the exponentially expanding efforts of modern science…its allgood!

When that same stubbornness manifests itself with ideologies that we just wont let go of, however childish, primitive, wrong, and destructive…its not allgood. In fact mostly bad.
I’ve harped a lot in these essays on the retarding, and often violent effects of Conservatism, which fuels the bigotry, religious fantasy, misogyny, homophobia, and science denial still too prevalent in our improved, modern, truly enlightened world.

A recent article from the Religion News Service entitled Britons reject creationism but some find evolutionary theory lacking, too illustrates a case in point.

71% of Britons and 60% of Canadians accept some form of evolution for the origin of the human species, either a non-guided purely natural evolving of humans from the ape lineage, accepting our being genetically related to all living things, OR a god had a hand in guiding the evolution of the human animal somewhere along the line, maybe installing souls in modern humans when they recently evolved, but not in subhuman Neandertals, for example. Traditionally, around 40% of Americans deny evolution altogether and accept some version of Creationism. Of those in the US that do accept evolution, it is for most, some form of guided-evolution where again god had to jump in to make modern humans, or make then special, with a soul, mind, and consciousness. Evolutionary processes alone are just not sufficient to produce soul, mind, or consciousness.

Even some of the Limeys and Canucks who identified as damnable atheists have trouble with evolution being up to the task of explaining either human origins, or human consciousness on its own, (roughly 10-30% of UK and Canadian atheists, respectively to origins and consciousness.)

I think all this reluctance is understandable for a number of reasons:

1. Evolution is still a new idea. Just over 150 years old.
2. It is up against strong denial by the worlds religions (Xianity and Islam especially).
3. It is up against long-standing religious based assumptions that are mainstream thinking around the world, even among secularists: there is a dualism, a soul or mind, an essence of the human person that is somehow separate from just the operation of the brain. This idea has been uncritically accepted in many cultures for millennia. The mysterious spiritual element of soul/mind is hard to understand in terms of mechanistic, materialistic evolution.
4. Similarly, there has been barely 150 years of neurological science which provides absolutely no evidence for a separate mind or soul. That lingering old claim, of there being some spiritual essence beyond the mere workings of the physical brain, leaves people doubting evolution’s ability to explain it.
5. The average person’s knowledge of evolutionary evidence and neuroscience is minimal.
6. The average person’s knowledge of what consciousness truly is, is also at a folk psychology level at best.

So I see it as a problem of education in modern neuroscience, evolutionary processes, and the voluminous evidence for evolution. Cultural acceptance of science that upturns very old and entrenched ideas, unquestioned givens really, that we cling to about human nature, really requires not only a lot of knowledge, but critical questioning and outright refutation of ancient, religious, spiritual ideas. We’re working on it, and it’s way early in the game.

In retrospect I think the progress of an evolutionary and a neuroscientific perspective has been phenomenal so far given the strong opposition by religions, the 2-3,000 year head start of these primitive ideas, and the amount of knowledge that needs to be conveyed to readily see the old conjectures of soul or mind as the unfounded, childish explanations that they are. The discussion of consciousness is even younger by a few decades than the disciplines of neuroscience and evolution.
Consciousness itself is incomparably less explored and explained than either evolution or neuroscience at this point, so I’m not surprised that folks that accept evo, even many of them non-believers, still have a hard time wrapping their heads around what consciousness is all about, or how evolutionary processes could adequately explain its origin: (an apt metaphor – “wrapping one’s head around” – if there ever was one). It is easier to fall back on the familiar concept of some ephemeral soul, which the world’s religions aren’t about to let go of anytime soon.

So, on with the education of the average Joe and Jane residing anywhere in our global culture, to the details of evo and neuro, and the delegitimizing of the primitive assumptions about human nature leftover from 2-3,000 BC.

end religion now.
It will make the job a lot easier.