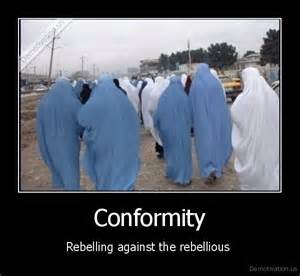 “Culture keeps us in chains.”
I wrote that in my journal in junior college ’73 or ’74,… so pushin’ 40 years ago. Hard to believe at times. And I feel every bit as strongly about the retarding effects of culture as I did then, if not moreso. Whatever culture you were brought up in tells you what is acceptable in dress, speech, behavior, even thought. Some cultures are relatively open and accepting of variance; think Northern Europe for example, and others are incredibly repressive and do not allow any variation in dress and behavior, especially for women, think the Middle East. And the cultural institution that enforces much of the stifling conformity is of course religion.
We can make it different, and that’s much of what the New Enlightenment movement is all about: Diminishing religions grip on culture. And in attempting, no, slowly succeeding (we are making progress) to loosen the grip on repression in our cultures, the main attack is by necessity on religious thought. It pervades every society to some degree. In some societies you can get killed for not conforming to proscribed religious norms with mainly homosexuals and women being the targets, in other societies it is more subtle. And repression is not restricted to women and gays, there’s plenty of rules for a man’s behavior that diminish the enjoyment of our short time on earth or outright destroy it. A short example of cultural inertia will illustrate what I mean.

I’ve been reading various sources on the Middle East and Islam sporadically over the years, maybe 1/10th as much of what I have read on Xianity and the West. I’m even less well read on Asian cultures and religions. I’m trying to catch up a bit on Islam, along with Xianity, as the “Big Two” largest religions they have the biggest retarding influence on progress worldwide.

So in reading a story about life in the Gaza strip, and the 1-2 million people trapped there, buffeted by the insane religious-political hatreds of the Muslims and Jews in the Middle East, I learn of a man near 60 like me, in poor health (unlike me, I’m lucky enough to be in good health), who lives in a pasted together shack next to a sewage plant, with no air conditioning and sporadic electricity service for a few fans to escape the desert heat, typical of Middle East countries war-torn and ill maintained infrastructures. He is most likely Sunni Muslim as is the majority of the population.

The growth rate is 3.2% there, 6th highest in the world according to Wikipedia, with nearly 2 million people already crammed into a strip of beach essentially only 25 miles long and averaging about 5 miles wide (about 125 square miles). For comparison, a typical US city like Milwaukee WI with a similar 100 square mile area has only a third of the people (600,000) with less than 30% below the poverty line and even they have electricity 24/7 and A/C if they can afford it. Despite 70% of the population in the Gaza strip living below the poverty line, and the insanely crowded and economically isolated conditions for the man I read about and his fellow Gaza citizens, birth control is not an option.

Perusing a few websites on Islam and birth control, a few themes emerge. One needs to consult the cultural traditions in the Quran and Hadith to see what is proper. Sterilization is out, so vasectomy and hysterectomy are not an option. Permanent birth control is forbidden. The pill is forbidden as well unless there is a medical reason for the women not to get pregnant but the husband must agree. Coitus interruptus is not forbidden as are condoms which effect the same thing. However the Hadith has verses that show this was a practice intended mostly not to get slave women pregnant, so it is still best to have as many children with your wife as Allah allows and:

“… some people have the foolish notion that the world is becoming overpopulated and the earth’s resources are running out. But Allah has made His earth bountiful, and if we trust Him there is certainly enough food and water and air to go around.”
excerpted from Muttaqi Isamil.

Sunni Muslims appear to follow the above proscriptions, whereas the Shi’a are a bit more open to family planning. However, 90% or more of the world’s Muslims are Sunni. So for my counterpart in the Gaza strip, his options were few. This is as extreme a case of Cultural Inertia™ as one may find, and driven mostly by religious thought, based in 1,500 year old writings and commentaries by male Imams through the ages. He did what he was supposed to. He married multiple times and had children as Allah provided whether he had the resources to feed them or not. Again this is not a concern as Allah provides a bountiful earth. He did what his culture, his traditions taught him were proper and best.
Progress is retarded by the religious thought pervasive in the culture.
Culture keeps us in chains.

My previous post http://wearedone.org/?p=698 spoke of a woman over here on the other side of the world who lives certainly more free of such repressive and primitive thinking in most of her life. Even if Catholic she has most likely practiced birth control and has the personal option to use it even if a member of a Protestant religion. And birth control nowadays in the US (unlike 50 years ago) is available everywhere, even in WalMart, even on Sunday. Betcha my counterpart in Gaza can’t stroll down to the local convenience store and grab himself a pack of Trojans and a sixpack. The more Conservative Protestants in the US like the So. Baptists however are almost as restrictive as Islam in their attitudes towards alcohol, homosexuals, and birth control.
And when that lady called the store clerk a “faggot” she was just displaying behavior well within the cultural norms of her milieu, again mediated mostly if not exclusively by religious thought. One reason birth control is available here is we are not dominated completely by cultural norms run on religious ideas.
Despite the US being predominantly Christian in population, we have enough secular influence to keep the Xiansanity™ at bay in some areas. Our growth rate is only 0.7%. And we can buy condoms and alcohol. We have much more work to do. Maybe we can further reduce the conservative religious who will call someone a faggot out loud in a public place.
The influence of religious thought is still overly burdensome worldwide although progress is definitely accelerating.
We could be living in a society like Gaza or much of the Middle East and Africa where religious thought controls nearly your every move and retards progress on nearly every front. 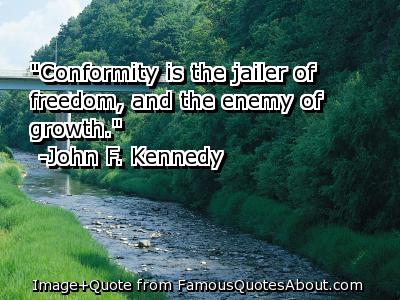 Culture keeps us in chains. Religious ideas are the main links.