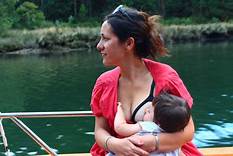 I’ve posted 3 times here on the idiocy of American attitudes toward breastfeeding, in public, or just the sight of bare breasts displayed by women (Oh, horrors): here, Here, and HERE.
So I’m revisiting this subject for a couple of reasons: It is still an issue for the more retarded among us AND I recv’d some interesting kudos from some breastfeeding advocates who saw one of my earlier posts.

This site Extended Breastfeeding has some excellent info on the benefits of breastfeeding beyond the first year. It is intriguing to me that the average weaning age for most of the rest of the world is ages 3-5, when the US average is well before age 1. The World Health Organization recommends through age 2. An advocate contacted me by email and was pleased to find me supporting breastfeeding, and in public, and extended if the mom so chooses. I thought it only proper to post on the subject and give their website and advocacy a plug.
Some of us here in the good ole U S of A have adopted just truly silly and repressive ideas, mostly due to conservatism fueled by religious thinking. We can be so bone-headed in this country it is maddening at times.
But the good news is the demographic is changing so much to a more diverse, young thinking, liberal electorate that doesn’t automatically accept the nonsense demanded by previous generations.
I think there is a great deal of change on the horizon and the Fox News volk are already having a tough time with all the young females being so vocal and serious about their job as public servants in Congress. They are the agents of change fersure. Wanna bet that all those young females are open to progressive ideas of all sort including breast-feeding in public being fully accepted, or extended breastfeeding. Women deciding what’s acceptable in women’s behavior, not men. What a concept!

There’s more women in med school than men for the first time in history and wanna bet the women in medicine will be more and more open to more female choice and support less restrictions on women’s behavior in every domain of society, including normalizing both public and extended breastfeeding? 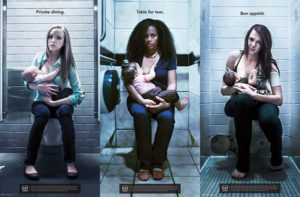 Evil? Dirty? Shameful? Obscene? Disrespectful?
Hardly. Get over it. Just like flat-earthers, anti-vaxxers, and abortion opponents, folks that have a problem with breastfeeding in public tend to have a conservative religious background that tells them the female body needs to be covered up for one ridiculous reason or another. 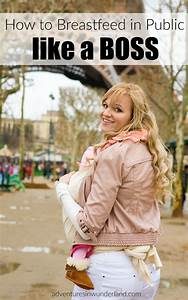 What attitude! Fuck ’em if they can’t take a joke!