6/22/2021: Israel with 9 million citizens, 55% of whom are fully vaccinated, is experiencing a COVID “surge” of 125 new cases/day – and they’re jumping into action against the new variant taking hold-the Delta variant that is creeping into the US already!
Israel is now at an infection rate of 14 new cases per million people.
Compare that to the US with 330 million inhabitants -we are at over 11,000 new cases per day = or 33.3 case per million-2.5 x times the infection rate of Israel and only 46% of our population fully vaxxed.
And we have states like Mississippi, Alabama, Missouri and others with vaccination rates well under 46%. No surprise our infection rate is nearly 3x that of Israel! 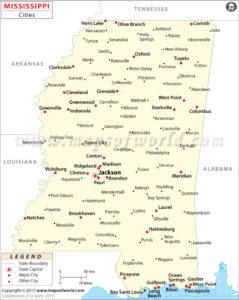 Mississippi for example, having just under 3 million people in the state and only 28% fully vaccinated is experiencing 120 new cases a day- that’s a 1/3 less the population of Israel, yet the same number of cases per day. Three times worse and no crisis, no worry about a surge from the powers that be. 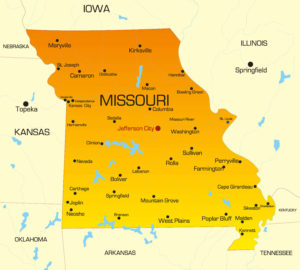 Even worse is Missouri, with just over 6 million people, where numbers have risen in the last two weeks from an average of 400 new cases per day to nearly 700, a rate of 116 per million inhabitants, equal to 8x that of Israel. Missouri still has 5-10 people dying each day so far in June. Israel with 3 million more people has about half the death rate over the same 20 days. And Israel as a country is the one springing into action, while in Missouri, its the local healthcare workers that are sounding the alarm from the rural areas of the state, especially the southwest portion.

For a stark comparison, consider that Missouri lost 989 people to

“Nearly every fatal crash that occurs is preventable,” said Missouri State Highway Patrol Public Information and Education Director, Cpt. John Hotz. “Over 90% of these crashes were the result of someone simply making a poor decision, primarily: driving too fast, driving distracted or driving impaired. Many of those killed were not wearing a seat belt.”

COVID deaths are every bit as preventable, and vaccines right now are the key. What if the good citizens of Missouri were vaxxed at the same rate as Israel or the leading US state of Vermont at over 64% fully vaccinated? Even simpler than wearing a seat-belt.
“…the result of someone making a poor decision”
Yup, not getting vaccinated, and having an attitude about it mostly driven by conservative, science-mistrusting religion.

A nurse in one of the SW Missouri hospitals said it best:

‘”We’re tired of taking care of COVID patients, and I’m saying this in the best way possible, because the majority of patients that we see now on our unit are — they don’t have to be there,” she told ABC News. “Their admissions were preventable.”‘

Many of those hospitalized now are young, and un-vaccinated. And for the vast majority, worldwide, not just in Missouri, all it takes is 2 shots and you’ll never be hospitalized, or sick at all even if you still contract the virus. The vaccines prep your immune system well enough. That much we know.

As of June 22nd many states lag far behind the average of 45% fully vaccinated in the US: Alabama, Arizona, Arkansas, Georgia, Idaho, Indiana, Louisiana, Mississippi, Missouri, North Carolina, North Dakota, Oklahoma, South Carolina, Tennessee, Utah, West Virginia, Wyoming – all are under 40% fully vaxxed, with Mississippi the only one of all 50 states still under 30%. Republican states all. More on that later.
And none of them are springing into action like Israel that has such comparatively lower numbers by comparison to these Republican states. The Delta variant is catching hold here in the US and even if the numbers are significantly lower than the peak of the COVID pandemic here in the US 6 months ago, we are still talking about completely preventable deaths.

5 thoughts on “Delta Dawn-An International and US COVID update.”