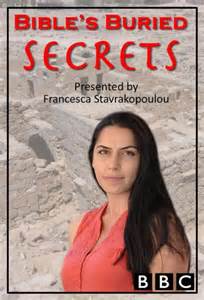 I featured Dr. Francesca Stavrakopoulou Professor of the Hebrew Bible and Ancient Religion at Exeter, UK in her first BBC “Bible’s Buried Secrets” episode on the miniscule evidence for the Biblical King David a few months ago. Definitely check out this episode about the Garden of Eden and modern Biblical scholarship’s take on its origins and original meanings.

It is amazing how myths take on an interpretation all their own over the centuries, and get handed down to us as unquestioned and revealed truth.

My first exposure to this phenomenon (being raised Catholic) was over the Immaculate Conception and Assumption of Mary.
We were taught since she was the mother of God (or at least the vessel for Jesus to mature in…) she certainly couldn’t have the taint of Original Sin… How could something sinful hold God, right? So her mom, Mary’s mother, had the only Immaculate Conception ever, ever, in history and Mary was born without sin, without the big Osin!! Far out.
SO, for you thinkers out there you know this creates a whole other problem. Before the Fall from Grace by Adam and Eve, people didn’t die. But now they were mortal due to the degrading presence of Original Sin.
So Mary wouldn’t, couldn’t die, no sin, dig?
So she had to be Assumed straight up into heaven, didn’t pass go, didn’t collect the $200. Shucks.
Now these two dogmas are some of those eternal truths I’d learned since Catechism in first grade, right?
WRONG.
They made it up. It had been on Catholic theologians minds (many a sleepless night, no doubt… this was before altar boys, remember) for centuries that Mary had to be Original Sin-free but it wasn’t until December 8, 1854 that it became unquestioned Catholic dogma, eternal truth.
It’s not in the Bible. It wasn’t revealed, but delivered to us by Papal Bull (I’m not making this up )… bull is right.
They made it up. They decided it by committee after a millennia of mulling it over and let the Pope declare it true for all time. Fuck me, you gotta be kidding, right?
Then, geniuses that they are, they realized now they’re fucked… she cant die… now what? It took them another 100 years to make the solution official.
Pope Pius XII exercising his new found Papal infallibility (that being decreed only 80 years before in 1870) just up and declared Mary’s Assumption straight into heaven! Proclaimed ex cathedra November 1, 1950… 4 years before I was born. Some fucking eternal truth, huh? I’m fucking old, but I ain’t that old.

And conveniently they grandfathered in the dogma of the Immaculate Conception which had been proclaimed 16 years before as infallible too in kind of a retroactive ex cathedra. Sounds like one of those cool snowboarders moves they bust out at the X-games;
“Dude, did you see that? At the end his 360 off the box he cut a retro ex cathedra, man…Whoa!

The technical term used by Mother Church is actually “ex cathedra” which is to mean “infallibly true” but literally translates as “from the chair.” From the chair!! I swear I’m not making this up… these guys could have written for stand-up!
Yeah, it came from the chair alright… he pulled that one out of his backside fersure. 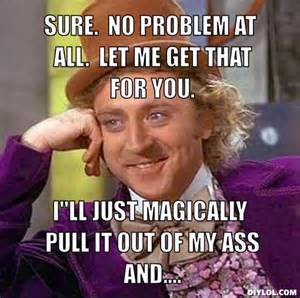 That did it for me.
You fuckers have been telling me since I was little all this Catholic-Xian stuff was eternal god given truths that I’d surely burn in hell for rejecting, when in actuality a bunch of old virgin white guys in long dresses made this shit up nearly two thousand years later because of their longstanding theological conundrums? Fuck me.
This is but one of many many examples of the Arrogance of Religious Thought™.
Stavrakopoulou’s and other modern Biblical scholars take on the Garden of Eden exposes another one. A real whopper.
… to be continued…