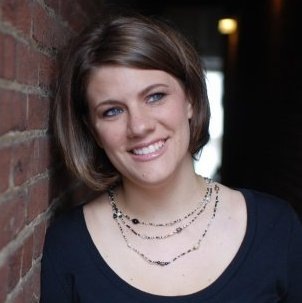 I’ve featured Rachel’s blog a few times now in the past 3 months since starting this blog of mine and this recent post of hers REALLY compels me to offer another big nod of kudos to Rachel and her indefatigable truth-seeking.
Check out her latest entry: Privilege and the Pill
She does a great job getting people thinking and talking, and although this post is but a day or two old she already has 809 comments as of this writing! Phenomenal!

Once again “hats off” to her and I humbly bow in her mighty blogging presence! (She is an excellent writer too).

She does a fine job questioning the absurd and chauvinistic comments of her fellow male Xians like Mike Huckabee’s recent retarded comments about the female libido and other Republicans who have weighed in so authoritatively on contraception, rape, and other aspects of women’s behavior. The blog post is worth her analysis alone. Do read it if you have time and take note of the comments of her very faithful Evangelical Xian readers who come across rather enlightened compared to their Republican male politician brethren who seem to be steeped in Conservative Xiansanity™ Propaganda…with a capital “P”

BUT, the most significant segment in the post to me by far is Rachel’s own discovery of scientific knowledge about conception:

“The fact that a woman’s body naturally rejects hundreds of fertilized eggs in her lifetime raises some questions in my mind about where we draw the line regarding the person-hood of a zygote (fertilized egg). Do we count all those “natural abortions” as deaths? Did those zygotes have souls? Will I meet them in heaven? Honestly the more I learn about the reproductive system, the harder it becomes for me to adamantly insist that I know for sure the exact moment when life begins. And its’ even harder for me to insist that everyone else agree.”

The more you learn, the more 2,000 year old assumptions from primitive cultures that we teach our kids as truth start looking pretty untenable. In light of modern knowledge they just don’t wash.

(This is not a human being, not a person. There is no evidence it has a soul; that could be just another old idea).

I purposely teach these very facts about “natural abortions“, as she termed them, in my Introductory Psychology course when we cover prenatal development. My students are as surprised to learn as Rachel that estimates range from 50% to as high as 70% of fertilized eggs (zygotes) don’t make it past the first week or two.
Prenatal development is such an incredibly delicate, intricate, rapid complex process that so much can go wrong up to and including implantation by the end of the second week.

Every person, EVERY XIAN in America, should know these facts Rachel and some of her readers look to be just discovering.
I hope Rachel continues to read up on embryology. The details of how and when identical twins form kinda mess up ideas about “souls” every bit as much as spontaneous abortions.
Does god quick send an angel down with another soul when an egg splits in two making an identical twin?
Does he send the angel back down to retrieve it when that twin gets reabsorbed into the other and a chimera (google it) is formed?
Does he wait to see if conjoined twins develop two separate functioning brains before he decides to dispatch that angel back for the extra soul if it doesn’t?

Rep. Mark Broun (R) Georgia, a good Baptist, not only declared that Evolution and the Big Bang were “lies from the pit of hell” awhile back, but he tellingly included “embryology.”
And Rachel just showed us why.
Studying embryonic development makes it really, really, hard to reconcile old religious claims about the beginning of life and the soul and such.

Maybe these old ideas are just that: old ideas.

Thanks again to Rachel and her readers, who despite from the perspective of us “Unbelieving Scum“™ are still incredibly entangled in the nonsense they’ve been taught, for having the courage and tenacity to educate themselves and expose their own brethren like Huckabee and the other Republican “experts” as promoting absurd and painfully wrong views, and for questioning their beliefs in light of real data, real knowledge.
Unfortunately, there is only one source of all this ludicrous misinformation and you have to give Huckabee and his buddies a break on this one as well… it is what they were taught as unquestionable truth too.
They believe the crazy and often cruel (think homophobia) things they say because they are supposed to, they were taught to, and most of them probably didn’t have much choice in the matter, they were raised Evangelicals. All too often, the primary if not the sole source of utterly unscientific nonsense about the world we live in (Creationism, homophobia, inferiority of women, souls, abortion, end-of-life issues, anti-vaccination etc.) is Conservative Xianity.

I did a whole post some weeks ago on why none of us secularists think Xians are stupid. Not in the least. They are every bit as intelligent as anyone else (we are all pretty much the same) and this recent blog of Rachel’s and the many inquiring and logical comments of her readers prove it once more. Keep learning guys! We’re rooting for ya to help us turn this into a more reasonable and tolerant world.

Education is the key. Don’t doubt it.

One thought on “Information Kills Religion: An Evangelical’s Blog”