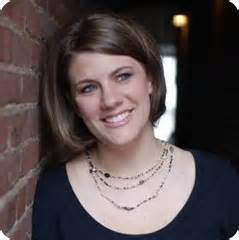 Rachel Held Evans. I haven’t posted anything on her blog in quite some months as she has mostly been discussing Xian religious practices and crisis of faith issues and living Biblically and the wonder of God or Jesus and the like. At times in the past however she has posted such enlightened and modern educated views on evolution, prenatal development, gay rights etc., that I forget she yet strongly identifies as an Evangelical Xian and of course her blog is typically dominated by all manner of Xian frivolities, sometimes to the point of nausea for us Unbelieving Scum types.
Well, today’s post is one of those times when I can wholeheartedly get behind and applaud her point of view enough to share and comment. Recently she published a rather direct and clear-headed retort to her fellow American Xians to stop playing the persecution card.

Her opening sets the tone:
“Did you hear about the pastor who was arrested for not marrying a same-sex couple? What about the publisher that got sued for refusing to censor anti-gay verses from the Bible?
Both of these stories have been exposed as fakes of course, but that didn’t keep hundreds of thousands of conservative Christians from sharing them online this week. When I pointed out to a friend that the story he had just shared on social media wasn’t true, he replied, “well it might as well be. Christians in this country are under attack.”

Yup, just like the reprehensible “God Is Not Dead” movie and any given excerpt from Fox News, ‘Murican Xians have turned whining into an art form. And she decries it once again and from the inside is calling for reformation of the behavior of her brothers and sisters in Christ:

“The persecution complex is not based in reality.
Not only do American Christians experience complete religious freedom in this country, we also enjoy tremendous privilege. More than seventy-percent of the population identifies as Christian, as do the majority of our representatives to congress and every single U.S. president. Our churches, whose steeples dot every cityscape and small town in the land, are exempt from paying taxes, and unlike many people of other faiths, we don’t have to worry about fighting with our employers to take time off to celebrate our religious holidays as they are largely taken for granted.”

Spoken like a true secularist! Couldn’t have said it better myself.
She continues by pointing out no Xians lost any rights in the recent Supreme Court decision upholding gay marriage and really takes her fellow followers of the Cross to task on LGBT issues in general. It is a great read, do give it a look.

We are making great progress on the secular front. We have a lot more to do with removing religious intrusions and privilege from our society, but it is good to know that many of the younger Xians are already in an enlightened frame of mind, emphasizing realism and tolerance over religious fantasy. Not as far as we would like of course, but we will take all the help and effort to diminish religion’s stranglehold on our modern culture that we can get.