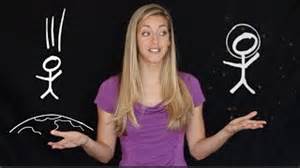 Physics Girl (Dianna Cowern).
So I’ve posted about her killer educational videos twice now, but I just had time to watch another one and its so good, I gotta whip it onya right away:

Our knowledge of our world tho far from complete is incredible in its detail at the level of the very, very tiny. This video covers the 3 elementary particles: quarks (that make up protons and neutrons) electrons, and neutrinos. It appears they are truly elementary in that they arent made of anything else, no structure inside them that we can detect. The basic building blocks of stuff, material.
Just about 100 years ago scientists were still arguing if atoms were real, we were just discovering electrons, protons, neutrons, then atomic power: quarks and such only 50 years ago.

The growth in our knowledge of our world in the past century is nothing short of astounding. The information she so clearly demonstrates would absolutely blow folks like Einstein and Newton (especially Newton) totally away. And we now learn this in high school. Or watch her video on the smartphone in the palm of our hands.
While at the same time we argue over 2,000 year-old primitive ideas of how the world works told to us by religions as unquestionable truths: heaven and hell, souls, Creationism, inferiority of women, blasphemy, apostasy: sometimes to the point we kill each other still over religious beliefs.
We lie to children all over the world that ancient religious explanations of the world are totally true, given to us by some god or other when we no nothing of the sort and there is not a shred of evidence for religious claims.
The evidence for science piles up exponentially on a daily basis and isn’t a lie. It’s not a supposition. It may be the best model, the best explanation we have right now and it will change with the data. Should we learn that there is internal structure to these elementary particle, we will rejoice in changing our minds and teaching the new model, the new information. Scientists wont kill each other over old truths that must not, cannot change. Science knows that we don’t have ultimate truth.
Religions lie that they do. 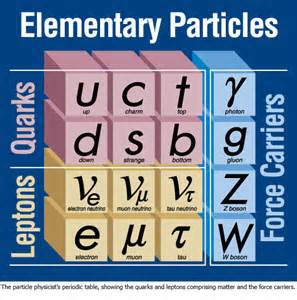 This is what we can do when not doing religion.