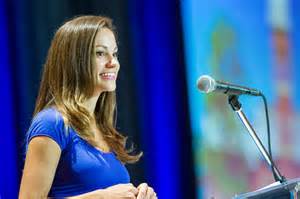 Emily Calandrelli “The Space Gal” is at it again with another informative TED video on space exploration. She covers everything from the costs and dangers to the involvement of NASA in much more than just space science. As Neil de Grasse Tyson also regularly points out NASA’s budget is barely 1/2 of 1% of the US budget of over 3 trillion dollars, coming in at 18 billion spent on space exploration and the many earth-centered scientific activities of NASA.
Also like Tyson she points out the unique perspective space travel has given us on our planet. One of the most striking visuals, so pertinent to the serious climate change issues we are just beginning to grasp is the fragile and incredibly thin veil of atmosphere that shrouds our planet: 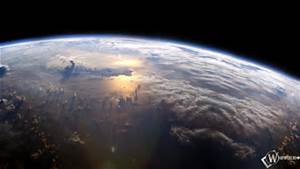 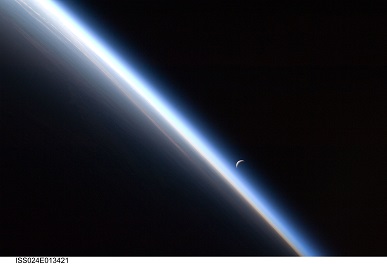 She once again discusses the plan to wifi the entire globe with a series of orbiting satellites which would provide internet service to even most remote, undeveloped corners of the planet. I reported on her coverage of this grand global scheme previously HERE.
Her TED video is worth the whole 14 and a half minutes:

Emily herself as an educated woman and science communicator and her subject of space exploration are both examples of what we can do when we are not doing religion, when we ignore religion, when we don’t waste our precious time arguing with old ideas that relegate women to second class status or primitive proclamations about the how the heavens go.
We could waste our time praying, or reading theological tomes or telling other humans, especially women and gays how they should live there lives…
Or we can explore space, tackle climate change and wire up all 7 billion of us on the internet.

end religion now.
Free all women and free our minds!