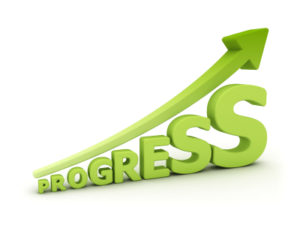 WHY WE CAN WIN
The following is a an edited excerpt of an anonymous conversation from a discussion thread from one of my classes.

“I go to a private christian school. I hate it. I hate it because the school expects everyone to conform and convert to Christianity and follow the bible closely. I refuse to conform to that, and that expectation has taken me more and more away from the faith that I used to have, which I learned as a child.
I have moved away from the conformity that my school tries to force upon me and I’ve become an advocate for the people they don’t accept such as the LGBT community and people of other religions or no religion at all. So basically what has happened is that anyone who does not go to chapel every day and follows the bible closely, I’ve become friends with. I accept them where others don’t. We connect because we have the same frustration with my school trying to get us to conform.”

A reply from the discussion:

“That is unfortunate that your private school puts so much pressure on you to follow a certain faith, they shouldn’t do that to their students.”

“I understand completely where you’re coming from. I attended Catholic school for nearly ten years of my life, and I totally believe that it pushed me farther and farther away from my faith. I feel you are in much of the same place I I was in several years ago. I really applaud your efforts to include the people that your Church refuses to. Good luck!”

I hear jus this sort of story often, from those who grew up in some version of the Xian cocoon. Remember that mainstream Islam is very similar to the smothering levels of coercion and intolerance experienced in Conservative Xianity, rather unlike the liberal Xian upbringing many if not most in the West experience nowadays. This is what it is like to grow up surrounded by bullshit you know just ain’t so…

I know in these times of Trumpsterism and his shameless sucking ass of the Conservative Xian bloc in this country, it is hard to keep perspective that progress inevitably moves froward, has moved forward tremendously in but a generation here in the US, and CONTINUES to plod along underneath the headlines of one insult from the White House after another on human rights and decency and acceptance of diversity. But we are yet moving forward!!
Dont forget that.
Also take note, that everything Trump does, pushing the Conservative, Republican, all-too-often religiously motivated agenda, despite having the majority in both Houses of Congress and the White House, gets blasted by public outcry, challenged in the courts, fucks up in the implementation, gets rescinded, delayed, or at least watered down,… and/or all of the above. 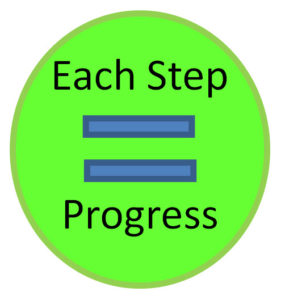 While Trump and his cronies are trying to turn the hands of time back to 50’s Amerika, we are yet making significant steps toward the end of religious domination. Bullshit walks, as demonstrated in the unsolicited conversation above. The discussion question that prompted the above response, was not at all specific to religion, yet this student took that path and noted the intolerance and divisiveness of their religious upbringing. Divisiveness is inherent in all religious thinking. Intolerance is built into religious thought with the promoting of mythical claims as eternal unquestionable exclusive truths, the need to believe them, the identifying of “impure” behavior, and denigrating those who don’t believe or do those “wrong” behaviors (usually sexual in nature). 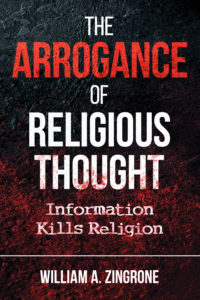 I made the subtitle of my book INFORMATION KILLS RELIGION for a reason. Besides the fact that its catchy and my fav line ever, more importantly: ITS TRUE!!!

The students who weighed in above, all knew better than the old wrong-headed ideas they were being taught. They knew too much to buy into old nonsense anymore.

So keep on spreading the info and watch the Trump agenda challenged at every step. Watch people catch on quick, especially the young that religious claims are mostly cruel, primitive, nonsense that absolutely we do not need anymore.
INFORMATION KILLS RELIGION
It’s working